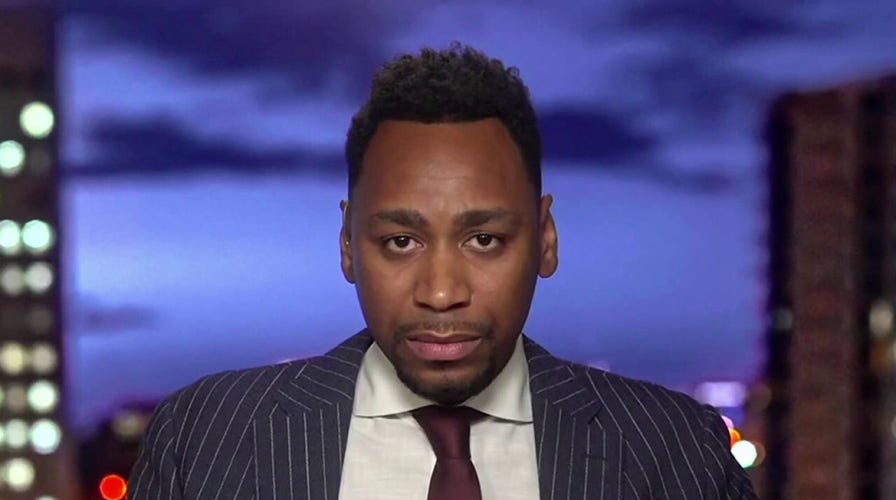 Fox News’ Gianno Caldwell was kicked out of Paradis Books and Bread in North Miami over the weekend because his views didn’t “politically align” with the owners of the establishment.

Caldwell put out a tweet after the incident saying the owner asked him and his friends to leave over their political conversations.

The restaurant put out a statement addressing the matter, writing in part “a group of people came in, ordered food, sat in the inside corner, and talked quite loudly for over an hour. A lot of what they were discussing was very troubling, specifically when talking about women in degrading ways as well as using eugenic arguments around their thoughts on Roe v. Wade… Once it was clear that they were finished with their meal, we told them that our views don’t align, and that the language they were using was unwelcome in our space.”

Caldwell explained the incident Monday on “Hannity,” stating he would never say anything like the owners described.

“I met up with some folks that live in my building here in Miami, my first time ever hanging out with them, first time hanging out at this particular establishment. What we talked about was Fox. How do you like working at Fox was their question to me. ‘Are you a conservative?’ In fact, I am. I have a book out called Take It for Granted How Conservatism Can Win Back the American’s Liberalism Fail. Get a copy. I talked about my brother. I talked about the work that I’m doing with Congress on Capitol Hill for victims of violent crime,” he said.

“Then the owner comes over to the table and she says, I’ve been listening to your conversation and you are not welcome here. And I said, Did I say anything to you that triggered you? She said, ‘No, we’re just not politically aligned.'”

The political analyst argued that the way the restaurant treated him was like “modern-day Jim Crow.”

“I can’t believe that me being a black man in America, to give my views on conservatism, which I believe saved my life, my Christian values, saved my life and the lives of many other people that I know, be told that I cannot be in an establishment. This makes no sense to me. If you’re not capitulating to their narrative, their views, you are unwelcome. And that should not happen, whether it be in Florida or anywhere in the United States of America. We should be far beyond this.”

Host Sean Hannity questioned why the woman was eavesdropping on their conversation in the first place.

“It shouldn’t be any of this lady’s business,” Caldwell responded. “You should not be listening in on your customers.”

“What she did to me was plain and simple discrimination. Again, this is modern-day Jim Crow. If you don’t go with what the left wants you to go with, if you don’t follow their narrative completely, then you’re in trouble in their eyes. And that should not be the case for any American,” he continued.

“It doesn’t matter what color you are [whether] you’re white, black or indifferent. You should not be discriminated against. But that’s what we saw. But I’m hoping that Governor Ron DeSantis is going to take a very close look at what’s going on here, because he said no discrimination in Florida. And what I saw was discrimination.”

Ashley Carnahan is a production assistant at Fox News Digital.