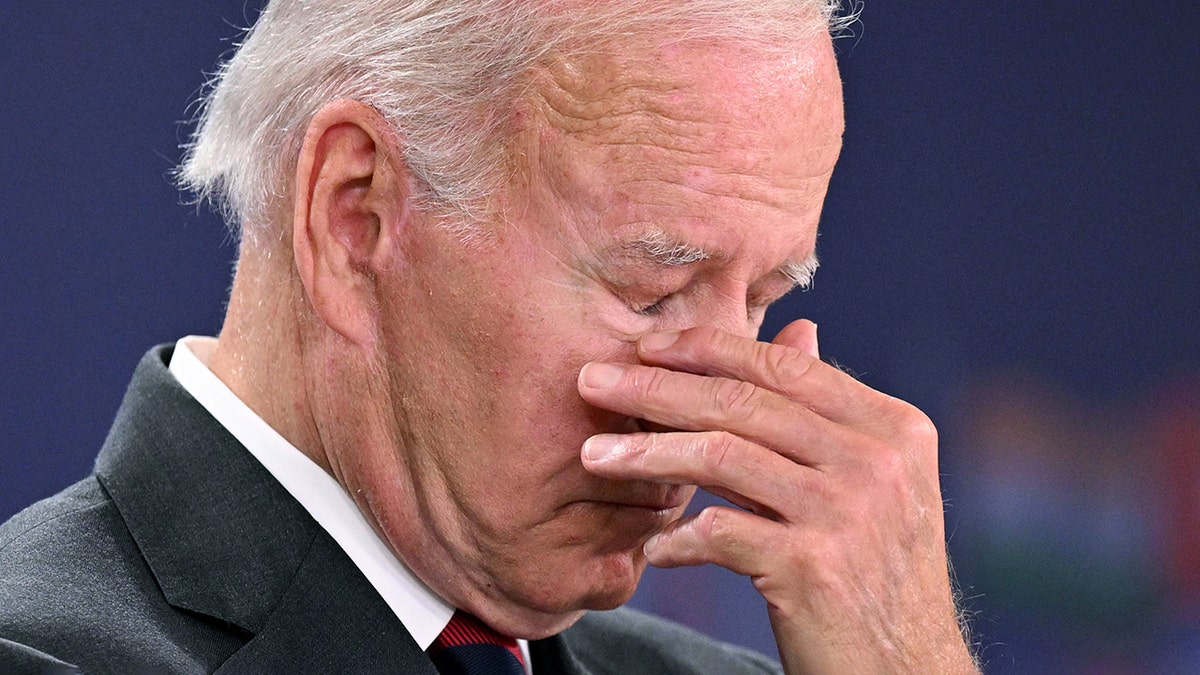 Corn Pop did it.  That’ll be Joe Biden’s next alibi yanked from his bag of convenient excuses.

The revelation on Saturday that still more classified materials were found at Biden’s home in Wilmington marks the fifth such discovery since early November. It’s like a never-ending treasure hunt for top secret loot. Every new disclosure prompts a head-banging rationalization from the president and his White House apologists.

The first wayward records squirreled away in his private office were dismissed as “inadvertent.”  The second set of documents stashed in his garage was pardonable under the infamous “Corvette defense.”

As more classified papers popped up, Biden’s whack-a-mole rebuttals grew more preposterous. In a moment of stunning defiance mixed with hubris, he offered “no regrets” for jeopardizing national security.

Last Thursday Biden claimed there was “no there, there.”  The next day, the Department of Justice – and apparently the FBI– uncovered more “there, there” inside his Delaware estate during a nearly 13-hour search.

How many years or decades has Biden kept in his possession vital records that were vulnerable to access by malign foreign actors?

“Six items consisting of documents with classification markings” were seized and carted off.  Some were from Biden’s tenure as vice president.  Shockingly, others were from his 36 years as a senator.  Handwritten notes were confiscated.  I’ll return to that in a moment.

You’ll recall that more than 10 days ago, Biden’s inept press secretary promised everyone that the search for classified records was complete and that nothing more existed.  Her assurance, which almost no one believed, was spectacularly untrue.

Suffice it to say that Karine Jean-Pierre’s evaporated credibility is exceeded only by her propensity for self-mockery.  But don’t expect the dissembling and lies to cease.  It will only escalate as the evidence against Biden builds.

In my last column, I argued that Biden is at greater risk of criminal jeopardy than former President Donald Trump. Beyond a difference in the declassification authority of a president versus a vice president, the growing number of different locations where classified records were unlawfully stored renders Biden’s “inadvertent” defense increasingly implausible.  It rises to the level of knowing and intentional.  With each new discovery, Biden’s conduct seems willful and deliberate.

However, intent is not the only legal standard.  Under the law (18 USC 793), lesser proof of “gross negligence” makes it a crime to remove and retain national defense (i.e., classified) material in an unauthorized location.  Biden’s various document caches fits the definition of carelessness like a snug glove.

It has been baffling, if not alarming, that the DOJ allowed Biden’s personal lawyers to seek out and secure all the potentially incriminating evidence that might be used by the government against their own client.

Suddenly, Attorney General Merrick Garland has awakened from his deep slumber and recognized the glaring conflict of interest.

More likely, the AG succumbed to the public outrage over the stench of a cover-up.  Belatedly, he dispatched a team of Justice Department officials to his boss’s home on Friday to recover the compromising material.  Still, the president’s lawyers were allowed to be there.

What about Joe’s retreat in Rehoboth Beach where Biden conveniently spent the weekend?  Why hasn’t the DOJ searched those premises?

Why would Garland rely on White House assurances that there is nothing at that residence, especially in the face of so many other false statements?

The most recent seizure may well produce the most damning evidence yet against Biden. Classified material dating back to his tenure as a senator –which ended in 2009—is inexplicable. In addition to violating the Espionage Act, there are other laws that strictly prohibit the theft of government documents.

How many years or decades has Biden kept in his possession vital records that were vulnerable to access by malign foreign actors? Given the president’s own suspected complicity in his son Hunter Biden’s influence-peddling schemes with overseas adversaries, the consequences are grave.

The seizure of Biden’s handwritten notes is also a bright red flag.  If they contain any reference to top-secret information, then the already dubious argument that the possession of classified material was never intentional becomes utterly untenable.

It is impossible to claim that you have no knowledge of your own composition.

Biden’s only defense would be to plead stupidity, which is no defense at all.

Or maybe Corn Pop did it.

Gregg Jarrett is a Fox News legal analyst and commentator, and formerly worked as a defense attorney and adjunct law professor. He is the author of the No. 1 New York Times best-selling book “The Russia Hoax: The Illicit Scheme to Clear Hillary Clinton and Frame Donald Trump.” His latest book is the New York Times bestseller “Witch Hunt: The Story of the Greatest Mass Delusion in American Political History”